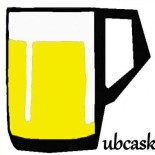 This blog is a guest post from my good friend Karl, who wanted to pay a humorous tribute to Adnams excellent Dry Hopped Lager. Sorry Carling – We picked on you.

As the Kandyan wars came to an end in 1818, a new unforeseen darkness was looming over England. Carling brewery emerged in Canada and started to take its first steps on a dreaded road that would lead to the invasion of these shores. The Carling family of Canada began brewing lager in the 1870s and experienced great success; becoming through mergers part of one of the biggest brewing groups in the world. Carling was available in the UK from the 1950s, but it was in the 1960s that they truly began their attack on Great British Beer. Carling was successful in exploiting the inconsistencies of English cask ale and through ridiculously clever advertising, made lager seem to the UK consumer the intelligent choice. The Carling brand became part of the aggressive corporate machine that almost destroyed traditional British beer.

Carling’s followers would turn down a pint of English best bitter in favour of what they described as a crisp, cold and refreshing drink. Carling had persuaded them that taste wasn’t as important as image and soon enough, it became the most popular beer brand in the UK, oppressing Brits taste buds for over three long decades. In 2011 the occupying force sold nearly 30 billion pints worldwide, proof that the Carling machine is still going strong and depriving its patron’s pallet.

However, since 1872, nestled on the coast of East Anglia, there’s been a light for great tasting beer burning strong. A brewery who said no to the hungry corporate beasts who swallowed many of the independent breweries of the UK in the 1960s. A brewery that’s made brilliant real ale for over 144 years: Adnams of Southwold! Adnams, reminiscent of resistance fighters, set about brewing a heroic lager that could convert Carling’s oppressed followers back to the glory of well crafted beer. Beer where the taste is as important as the branding.  A lager that’s crisp, cool and refreshing that also packs great taste. ‘Jack Brand dry Hopped lager’. 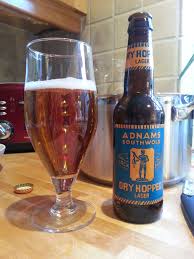 Adnams forged our hero using nearly a century and a half of brewing experience and, in a daring gamble, a brewing technique new to them, ‘the dry hopping process’. Simply put, the process consists of adding more hops after the Wort has cooled, adding more flavour and aroma due to the fact that no volatile oils are boiled off the hops. They then cold condition to produce a full, well rounded flavour. Adnams use Australian Galaxy Hops and Pilsner malt and the end result is remarkable. The big fruity and malty flavours, golden colour, hoppy aromas of tropical fruits, citrus and passionfruit all add to the delights of this crisp, light and refreshing lager. It is how lager should taste- worthy of being placed amongst the great lagers of central Europe. A lager which won Gold at the International beer challenge. A lager ready to liberate the Carling drinking masses. It’s my belief that any discerning Carling drinker given the choice between Carling and the majestic Dry Hopped Lager would choose our Adnams brewed hero every time. Hopefully such a revolution could lead to the masses discovering even more of the great offerings the British beer world has to currently offer. Mass produced, tasteless, multi-national fizz could become a thing of the past. Adnams dry hopped lager could shine the light for discovering the wonders of well crafted beer.

Jack Brand Dry Hopped Lager, is more the just a great pint. It’s a precious drop that could change the drinking culture of our fine nation and rid it of the Carling strong hold. And, with the growth of Adnams reaching ever further across the country and becoming available in far more places, who knows, one day we could liberate Canada of its Carling brewing company and replace it with our Dry Hopped Hero.